From the halls of academia to the strip club stage (dancing & hosting) ,​& presently provide

s the sounds​ ​her​ life as a​n academic, stripper, host, tv extra and now DJ​ has been filled with unique sociological insight, unforgettable friendships, and a thousand beautiful messes in between. Miss Atown, born April Nichole, is the true definition of one of Atlanta’s own. This 80’s baby, born at the world famous Grady Memorial Hospital, naturally found her place being raised in the city that would become the hip-hop capital of the South.

Much of her success as a public relations agent can be attributed to her background in communications after attending programs at Georgia Perimeter College, American Intercontinental University and Tulane University in LA. In 2001 she joined one of the foremost companies in corporate America, Marriott International, and quickly rose from her position as a customer service representative to front desk management. Despite her growth in the company she had no outlet to express her true passion for music.

In 2007 she began dancing at Stroker’s Adult Entertainment Club. What some might have seen as a bad decision ultimately broadened her network and resources. As a supervisor at the Courtyard Marriott in Buckhead by day and dancer by night, her love for hip-hop and her knowledge of the streets, the clubs, and corporate America gave her a business flair that was unmatched. The strip club was the perfect segue for local artists to get into the music industry and she was seated in the perfect position to capitalize. From the pole, to the DJ Booth, to checking in your favorite rappers at Marriott, Miss ATown was dubbed ‘The Connect” and from this birthed the brand and eventually the platform for not only independent artist but also major artists who needed a liaison to the streets.

After leaving Marriott she hit the streets just simply pushing artist she known her whole life for free. Eventually displaying her value and pursuing her company full-time she has spearheaded promo and marketing campaigns for artists like Future, Scotty ATL, TK n Cash, Young Ralph, 550Madoff, Casino, Rico Richie, Joe Green, Doeshun, and a host of others. After years of building relationships Miss ATown holds true to her name. Whether you’re a major artist needing a street buzz or an independent artist ready for a movement her services are designed to get optimal results. With the launch of her site and vast social networks Miss ATown’s brand can take any artist’s single/video/album viral and get their music to not only DJ’s in Atlanta but Houston, Miami, Detroit, and The Carolinas as well. Her continued expansion as a promoter has also helped blossom her career as a hostess, brand ambassador and model. The work speaks for itself, and the strong authentic “Connect” that got her started is the same that keeps her on top as one of Atlanta’s leading ladies.

Click Here to see more videos, images, and press on events covered by Miss Atown Plus various other media.

Want to BE HEARD EVERYWHERE; visit our page https://missatown2u.hiphop/be-heard-everywhere and let Miss Atown get you there. Many packages and options available. 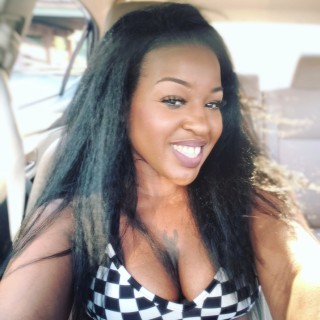